It’s deep offseason. There isn’t much happening. So we jotted some notes on a few topics in typical INBOX fashion. Check it out below the fold.

Zach Lowe did a thing (two, actually) on Grantland ranking best team names. That spurred some nostalgia and some thinking about our favorite team and, specifically, the coolest player jerseys one can buy.

Whoa, there’s some cool #merchandise there.  I think I like the MICHAEL RAY RICHARDSON! jersey the best (for its complete, unapologetic, IDGAF attitude and style) but those late 70s Blazers (Walton & Lucas) and a whole bunch of others (NORM NIXON!) would be great to have.

If only I had like $5K burning a hole in my pocket.

Patrick J: Mitchell & Ness is UNBELIEVABLE. I wonder if they have the old school G’Town Iverson (authentic) jersey that I asked for for Christmas, my birthday, or my next anniversary(!) [This would be to complement the REPLICATION JERSEY I already have, with which you’re familiar.]

(Eds Note: Does anyone know why Wes “Kevin Love is partially named after me” Unseld’s throwback is so popular? It’s disproportionate to his popularity and coolness as a player. Just sayin’.) 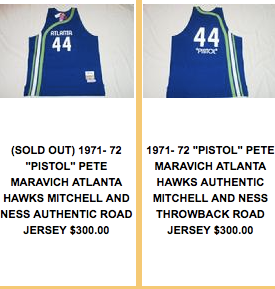 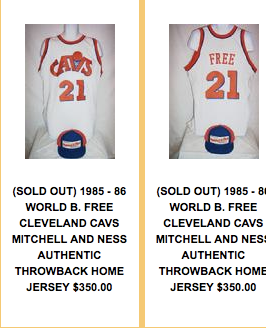 Andy G: Wow a WORLD BE FREE jersey would be the f*ckin’ shizzle. My dream would be to wear that to Rucker Park and *not* have it stolen off my back at gunpoint. (Eds note: World averaged his self a cool 30 a game one year. People need to know this.)

Patrick J: These would be my second tier: 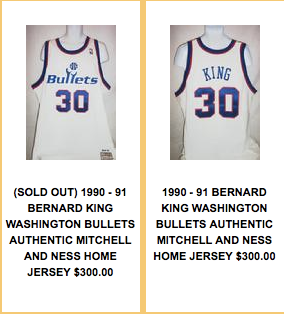 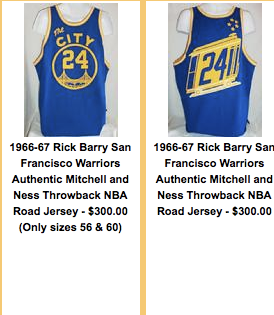 Andy G: The Dubs jersey is cool, but RICK BARRY! is not. (Despite the fact that he recently gave an interview to fellow Wolves blogger Derek James, which is cool.) [Eds. Note: Part II of the Rick Barry interview is here.]

FUN FACT: NORM NIXON(!)–last heard from as lost Wolf Michael Beasley’s mentor, and whose jersey is also available as a throwback from Mitchell & Ness–was Jalen Rose’s agent for a time. (I assume he isn’t anymore, but haven’t verified that.) 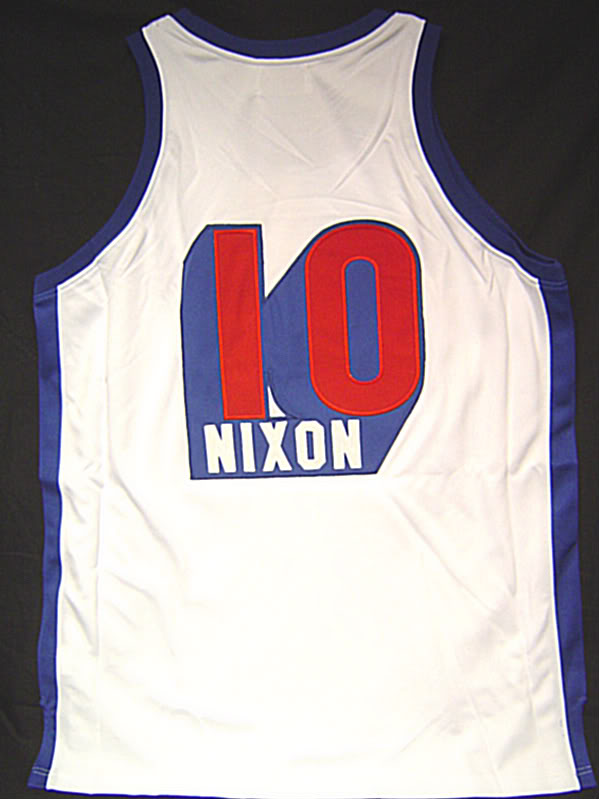 Andy G: Whoa. That is actually a badass jersey. I’m not overly impressed by NORM’s [in]ability to mentor Mike Beasley, but the dude has a pretty sick retro uni. I just hope he didn’t sell it at a *premium* to Mike, only to have it auctioned off at the ESTATE SALE. (!)

I Want Whatever DeJuan Blair’s Having

Some might say they didn’t win because of a FUBAR in the closing 30 seconds of Game 6, but what does Andy G know?

I still can’t believe the Spurs almost won that.  Miami (code word for LeBron) was SOOOOOOO much better, on talent.  Popovich really is a genius.

Patrick J: So, there’s some new info kicking around the Wolves summer circuit. The recent (RUM)INT is most comprehensively stated here, straight from the Flip’s mouth.

So a few things:

I guess that’s the beauty of being in charge.

Andy G: I have to sound off on this one here:

Jerry Z: You plan on hiring a new strength coach and physical therapist. How long will it take to find answers to the team’s injury problems?

Flip: We’re probably never going to figure it out totally, but I think we’ll be able to chip away at it. We want to be innovative, cutting edge in what we do. Sometimes you go status quo because you think it can’t keep happening. We can’t think that. We’re pretty much going to look at everything. It’s going to be trial and error this year, next year and five years, eight years down the road.

You could point to Kirilenko and Pekovic as recent examples of Timberwolves that missed games for “just being dinged up,” but in AK’s case, that’s a longstanding trend, and in Pek’s case he’s almost 300 pounds.  On the injury front, the Wolves just need better luck.

If they get better luck, it’ll make all the difference between what Kahn put together last year and what the team hopes to achieve in the seasons to come.