Ricky Rubio has been the subject of recent trade rumors

In which we discuss the Timberwolves at the midseason point, Ricky Rubio trade rumors, how the Wolves’ young core compares to others, and potential 2017 draft prospects.

Timberwolves training camp opens on Monday with their annual Media Day. Once the players and coaches are on the floor, doing actual basketball stuff, we’ll be better equipped to carry on substantive Wolves discussion. Meanwhile, there are a couple of team issues and one gambling-related Wolves item to kick around in these final dog days of NBA offseason.

Andy G: Vegas released its NBA over/unders. That’s always a fun and interesting wrinkle to the “gearing up for the season” #process.

Let’s cut to the chase:

The gamblers set the Wolves at 41.5 wins.

They won 15 the season before that.

Is picking 42 or more wins a crazy proposition?

END_OF_DOCUMENT_TOKEN_TO_BE_REPLACED 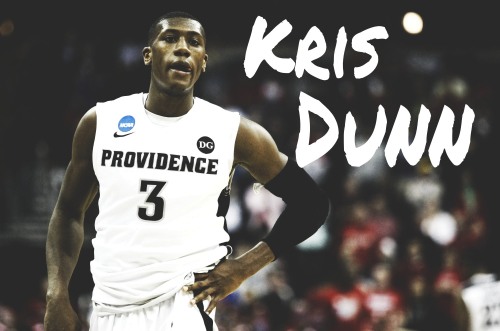 Kris Dunn’s rookie peers recently selected him as “most likely to win NBA Rookie of the Year.” Yes, that sounds a lot like a high-school yearbook superlative.

Believe it or not, the superlatives do not always reveal the truth: the 2015-16 equivalent was 76ers big man Jahlil Okafor, who had all kinds of times. But he was not nearly as good as Karl Towns.

So, what have we got here? Much ado about nothing? Or does Dunn’s selection (probably) portend special things for his career? It’s early, but it’s the internet. So why not discuss? We discuss some initial thoughts on Kris Dunn below the fold.

END_OF_DOCUMENT_TOKEN_TO_BE_REPLACED

In which we look ahead at the Wolves options in the NBA Draft.

Timberwolves This & That: Flip on the Radio, Draft Talk, Coaching Situation

The draft is less than four weeks away. Yesterday on KFAN Radio with Dan Barreiro, Flip Saunders admitted that he knows who he would select with the top choice if it were held now. Flip made clear that there is more work to be done between now and then, and that the current favorite — whoever he is — may not ultimately be the player that the team chooses with its first ever number one overall pick.

The feeling that I and most people have is that Flip currently prefers Jahlil Okafor over Karl-Anthony Towns and D’Angelo Russell. (These three seem to be most people’s top three.) His radio interview did nothing to dispel that feeling.

When I last wrote it was about how the team should think about its big choice, along with some specific thoughts about why Okafor may in fact be the better choice for this team. Since writing that, I have had a chance to watch more tape of both Okafor and Towns, and my opinion is only reinforced by that. I guess that isn’t surprising since “watching them play” was the driving force behind my initial conclusions. Okafor is simply a more impressive player to watch. At Duke, he was his team’s primary offensive option and showed off world-class post skills. It doesn’t necessarily mean he’s the better player or will be the better NBA player. But it is the “eye test” that makes him seem that way. Towns has a more rigid offensive game than Okafor’s, which is not as fun to watch, or as easy to imagine succeeding in the pros, but he definitely adds value in other, important ways. He has a more impressive body and has more of a presence in the lane as both a defender and defensive rebounder. When combined with his ability to shoot the ball, you can imagine him being a “net plus” type of player who clearly helps on defense and does not hurt — and may even help — his team on offense.

I just can’t get over how damn good Okafor is on offense.

I try to keep hyperbole to a minimum, but it’s hard to do that when describing Okafor’s ability on offense. For a player that big to handle the ball that well, and have such advanced footwork is just unheard of. If post play as we once knew it is dead, that’s just fine for Okafor because he doesn’t play post like we’ve ever seen. Yes he can score with his back to the basket, but he doesn’t need to. He can square up his man and put the ball on the floor. He’ll use the backboard and whatever spin move makes the most sense to finish around the hoop. The man shot 66 percent from the field as a primary option on his college team. As a freshman. It’s very, very, hard to watch Okafor play, and not get excited about what he’s going to do in the NBA where he’ll only have more room to operate.

There is no such thing as a sure thing, and both of these players would be drafted with some risk. With Okafor, the risks are that he never improves to become a solid defensive center, and/or that he never improves a shooter (particularly on free throws). Those are legitimate concerns. Towns has less risk in terms of potential weaknesses. The risk with Towns is that if you draft him, that means you passed on Okafor, who might become an all-time great.

This leads to the other thing Flip talked about with Barreiro: his dual job title of President of Basketball Operations and Head Coach.

END_OF_DOCUMENT_TOKEN_TO_BE_REPLACED

In another hard-fought defeat, the Wolves were actually close to a full-fledged disaster on their hands at Target Center, Tuesday Night.  In front of a capacity crowd and after Coach Adelman stubbornly started the same lineup as in recent games, the game quickly fell out of control.  MVP Derrick Rose made it rain from outside (14 first-quarter points), and the offense could hardly have been more stagnant coming out of the gates.  The score was 51-29 in Chicago’s favor when Kevin Love and Luke Ridnour checked in for Derrick Williams and J.J. Barea.  The following were then on the floor together:

Love scored 11 points in the next 2:23, with three treys coming off of nifty Rubio assists.  That pairing is dynamite on pick-and-pop, and penetrate-and-kick sets.  Love was done challenging the incredible interior of Chicago (there is no better defensive front line than Chicago’s, particularly when Gibson and Noah are on the floor) and instead was floating in the right spots where Ricky could fire those one-handed rockets right on the numbers.  But things weren’t done after Love’s triple-three sequence.  Next would be a Rubio-to-Randolph alley-oop that perfectly captures everything about why Ricky is the buzz of NBA talk everywhere.  The crowd was going crazy, the refs were all of a sudden exchanging heimlich maneuvers as they choked on their whistles for about five should-have-been Wolves fouls, and Randolph finished another Rubio dime to cut the once-24-point Bull lead down to 6, at the half.  ORDER WAS RESTORED.  A lineup was established.  That five was (+16) over a 4:50 closing stretch.

Unfortunately for Minnesota on this night, reality would bite in the form of its opponent’s excellence.  Da Bulls are possibly the best team in the world, depending on the health of Dwyane Wade and the chemistry between Westbrook, Harden and Durant.  Chicago plays a brand of defense–both its starting five and second unit–that is probably unmatched across the league, perhaps save the offensively-challenged Bucks of Milwaukee.  In tonight’s game the Wolves not only faced this defensive monster, but also white-hot shooting nights from Derrick Rose (12-22, 31 points, 11 assists) and Luol Deng (21 points, 11 rebounds) and just to remove any doubt as to who would leave Target Center victorious, Ronnie Brewer hit a pair of clutch jumpers, both coming at times when the Wolves desperately needed a stop.  In short, the Wolves took Chicago’s best shot tonight and came up empty.  Whether a proper starting five would change tonight’s result is up in the air.  My guess is that there would have been too much Rose-and-Deng for the young T-Pups to prevail in this one.