Timberwolves-Hawks: A Streak Worth Snapping 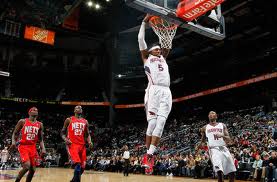 UPDATE (4:58 PM): Add Rick Adelman to the Injury Report list. He won’t attend the game tonight for personal reasons, say reports. Hope all is okay with Rick and the Adelmans.

Tonight’s tilt is against the Atlanta Hawks at Target Center. Did you know that the Wolves have an 11-game losing streak to Atlanta? I didn’t, not until today.

That’s a trend that needs to be reversed. Like, eight matchups ago.

You see, the Hawks are one of the most unfun teams in the League. They will never make one of our All-League Pass teams, unless we write one up a “All League Pass: Most Unfun to Watch” version (which we’ll probably do at some point, perhaps in the offseason). Al Horford? Nice player, but yawnstipating. Josh Smith. Another nice player, super cool individually, but not even J-Smoove redeems the Hawks collective. Andy G and I don’t agree on everything, but we agree that we never flip to a Hawks game unless all our other channels are blacked out. Or they’re playing the Wolves. Which they do tonight.

END_OF_DOCUMENT_TOKEN_TO_BE_REPLACED

Comments Off on Timberwolves-Hawks: A Streak Worth Snapping

Was it 2007 all over again in Philly tonight? Josh Howard thought so.

“We need to get some type of roll going here and, like I said, you do it by winning on the road.”  Much of Rick Adelman’s post game presser (televised on FSN North) focused on the Wolves getting on a roll.  Clearly impressed by a dominant win over a solid Philadelphia 76ers team, Coach is smelling blood on this East Coast back-to-back and it’s coming from Boston.  Tomorrow night, the Wolves take on Kevin Garnett and the Celtics.  If you watched the game tonight, you can’t really blame him for looking ahead like a guy playing with house money.  This was the best his team has looked all season.  Which is strange, when you consider that Kevin Love, continuing the search for his shooting stroke, had just 6 points on 2-10 shooting.  (Before I forget though, Love was a beast on the defensive glass and his 5 assists reflect a quick maturation from earlier games when he met cold shooting with forced action.  He shared the ball tonight.)  It’s doubly strange when you consider that Nikola Pekovic had an inefficient 6 points, and 5 rebounds in 27 minutes of action.  Pek never found a groove all night.  The Timberwolves’ two best healthy players struggled, yet they won by 17 points on the road against a team that played in Game 7 of last year’s Eastern Conference Semi-Finals.

So what exactly was going so well?

END_OF_DOCUMENT_TOKEN_TO_BE_REPLACED

Timberwolves at Warriors Preview: Can We Get A Win? 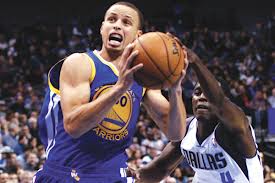 Fresh off a 103-95 Friday-night loss in Portland, the Wolves play Golden State tonight at 9:30 PM CST in Oaktown.

It seems like the Wolves are getting a relatively easy road game the night after a tough loss, but a closer look suggests otherwise. The Warriors have:

Things get bad for Team Adelman if they lose this one. END_OF_DOCUMENT_TOKEN_TO_BE_REPLACED 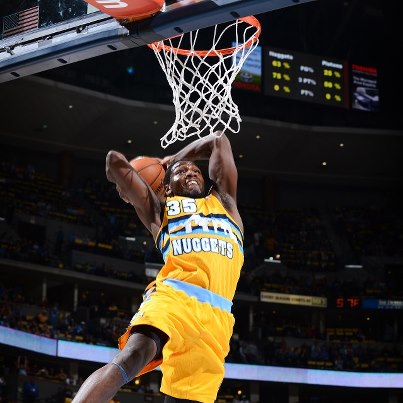 Andy G and I are exhibiting withdrawal symptoms after a multiday layoff from Wolves hoops. That should be fixed soon. Here’s what we’re thinking heading into tonight’s game.

Another thing: Punch-Drunk Wolves is at full strength tonight in the flesh. I’m in town for the holiday and about to head over to 600 1st Avenue.

A fatal mistake of the Wolves in Friday’s game against Golden State was a failure to box out and prevent second-chance points. The 17 offensive rebounds pulled down by the Warriors were key in staving off a last-ditch comeback effort. Tonight, the Denver Nuggets come to town with a league-leading average of 16.8 offensive boards per game. Kenneth Faried in particular has been a beast–or MANIMAL, I should say–in attacking the glass, averaging an absurd 6.9 offensive rebounds per 36 minutes. If the Wolves want to win tonight, they need to get stops–which, against Denver, means working on the glass after forcing the missed shot.

END_OF_DOCUMENT_TOKEN_TO_BE_REPLACED 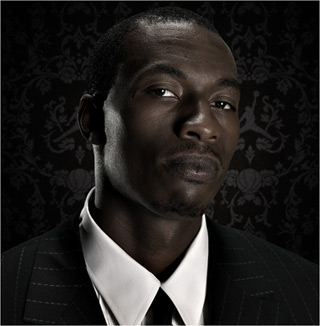 Is that Josh Howard or Marlo Stanfield? I can’t tell either! (Good thing.)

The Wolves have a new player. And it just feels right. It’s like we were destined to get him as part of a Ndudi Ebi exorcism after Brandon Roy’s five-game trial failed to redeem Roy-Foye. On Josh Howard’s future with the Wolves, go check out Oceanary’s post at Canis Hoopus.