We pretty much knew this was coming.  Brandon Roy was waived by the Timberwolves.  As had been widely reported, the second year of his contract was non-guaranteed.  Therefore, the team chose to waive him and his $5.3 Million remaining on his deal.  I’m not the right person to wax poetic on what a great player B-Roy was in Portland.  I’m sure plenty of Blazers writers have already done that.  His brief, somewhat-awkward T-Wolves tenure was recapped nicely by Mark Remme.

I do think it’s worth pointing out what the decision to waive Roy could mean, in a bigger picture sense.  The Wolves could’ve held on to him as a trade chip.  A non-guaranteed contract would have value to teams as a salary-cutting tool.  But in any deal where the Wolves sent out Roy to bring in somebody else, they’d essentially be adding salary of their own.  This is rife with assumptions and speculation but I take this move as a signal — however slight — that the new management is operating under a fixed budget; probably one set below the luxury tax line.  I also take the move to signal a desire to retain the big free agents, Nikola Pekovic and Chase Budinger.  Again, cutting Roy lowers the payroll and increases cap space and room below the tax line.  Don’t be surprised if it’s not the only move in this direction.

END_OF_DOCUMENT_TOKEN_TO_BE_REPLACED

Comments Off on Sunday Jottings

What Did the Glen Taylor Interview Really Tell Timberwolves Fans? 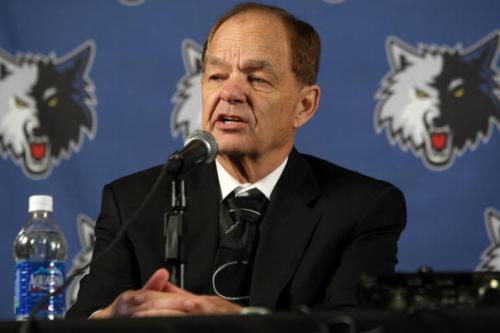 Timberwolves owner Glen Taylor did a long interview with Ray Richardson that appeared in the Pioneer Press on Sunday. There’s a lot there, and it’s worth reading in full: Taylor talks about the status of Rick Adelman and David Kahn for next season, as well as how the Brandon Roy debacle has played out.

Yet much of the interview is cryptic, leaving one  to read between the lines for meaningful subtext. My takes are below the fold.

END_OF_DOCUMENT_TOKEN_TO_BE_REPLACED

Wolves at Blazers tonight, so it’s a late 9:00 tip-off.  I recommend eating the nuked-up turkey now so you have ample time to nap off the tryptophan before Love-Aldridge XXVI (all Roman Numerals approximate).  There’s something of a rivalry between these teams, but it has more to do with the front offices than any epic playoff series (unfortunately).  The teams flipped draft picks in 2006, with Brandon Roy sealing the one-sided fate of this intradivision matchup for years to come.  As Wolves fans now know all too well, Roy’s knees eventually broke down, but not before he inflicted years of pain on the Wolves.  Without looking this up, I think they beat us every single time we matched up after the Garnett trade, before Ricky Rubio resurrected the Timberwolves franchise last year.  But the personnel tension extends beyond Brandon Roy.

END_OF_DOCUMENT_TOKEN_TO_BE_REPLACED

If Magic fans want to enjoy this season, they should learn to appreciate J.J. Redick.

Let’s start with the simple: The Magic are bad.  I don’t care if they arrived at MSP International with a 2-1 record and a Big Baby Davis MVP Campaign in full swing.  By trading away Dwight Howard and Ryan Anderson and getting nothing but Arron Afflalo of value in return, the Magic are a gutted roster headed straight to the lottery.  Even with Ricky Rubio and Kevin Love missing, the Wolves needed to win this game.  Oh, and I didn’t even mention that Jameer Nelson, the Magic’s veteran point guard, was out with an injury.  Nelson was replaced by former Purdue star and not good NBA player, E’Twan Moore.  So yeah, this was a game the Wolves should win.

END_OF_DOCUMENT_TOKEN_TO_BE_REPLACED

Can Andrei Kirilenko really be the key to this year’s team? Who knows! The season hasn’t started yet!

In Part 1 of our Wolves preview, Andy G delved into several issues that will have key implications for the team’s success this season. I come back with my takes on these topics, as well as a few other things he didn’t look at closely.

Find out what below the fold.

END_OF_DOCUMENT_TOKEN_TO_BE_REPLACED 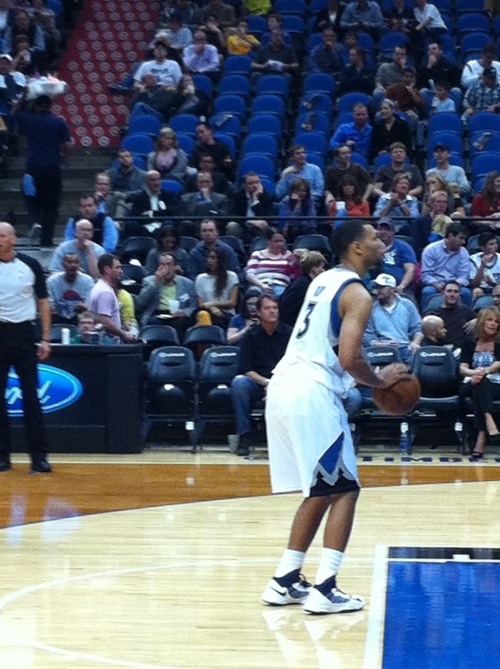 A mediocre photo of Brandon Roy, taken by me.

In what was either a coincidence or something related to the dismal crowd that showed up to face an Israeli opponent on a Tuesday Night when a 50/50 presidential election had a debate (okay, definitely the latter), I was able to sit close to the floor for the second straight [preseason] game.  This time, that meant seeing star defensive lineman, Kevin Williams, in the beer line.  It meant an up-close look at new Timberwolf Andrei Kirilenko (the guy never stops talking and moving–fun to see in person), and the unexpected meeting of Brandon Roy’s family.  His mom, wife and kids were all cheering for “Bran Bran” which tipped us off quickly who they were.  Super nice people who seem to like Minnesota.

A few things about the game:

END_OF_DOCUMENT_TOKEN_TO_BE_REPLACED 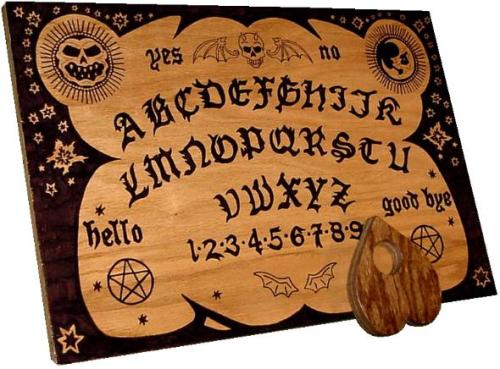 END_OF_DOCUMENT_TOKEN_TO_BE_REPLACED

There isn’t a high volume of meaty information coming from Timberwolves training camp. But there are interesting tidbits here and there.

One such tidbit involves Alexey Shved. Shved is a talent, but coming into camp there were question marks about his frame and his lack of experience, despite the skills and composure he put on display at the Olympics.

But Shved has kept on truckin’ during the first two days of camp.

Joan Niesen has the choice firsthand info on Shved:

“Yes, Shved is thin, but he’s also taller than Adelman expected, and he’s not getting manhandled on the court. He looked good in 5-on-5 on Tuesday, playing smoothly and quickly,” Niesen reports.

“I just don’t see him getting pushed around,” Adelman said. “I said before, the thing that will be the biggest adjustment is at the defensive end. He’s just going to have guys coming at him all the time, and that’s where he’s going to make his adjustment. He’s going to get better offensively because he has skills.”

So does teammate and fellow Russian Andrei Kirilenko.

“He’s a young, talented guy who can really run and bring you a lot of energy on the floor,” Kirilenko said. “He’s not afraid to take a shot in the crunch moment, which is needed on every team in the NBA. He’s young, with the potential to keep growing.”

Other training camp tidbits that got my attention are below the fold.

END_OF_DOCUMENT_TOKEN_TO_BE_REPLACED

Looking at the Wolves Offense, Part I: Three-Point Shooting

Last year’s Timberwolves had a problematic pairing of statistics describing its three-point shooting prowess.  The first statistic is 21.6.  That’s the average number of three-point shots attempted by the Wolves in a game.  That’s kind of a lot; good for 6th most in the entire league.  It’s nearly double the number of treys attempted by playoff teams like the Jazz and Grizzlies.  Only one team (Orlando) shot considerably more treys per game than this.  The second statistic is 33.2.  That’s the Wolves’ three-point shooting percentage.  It isn’t very impressive; tied for 23rd in the league.  There are many reasons why three-point shooting is a necessary weapon for the Timberwolves.  One, Ricky Rubio excels at delivering awesome passes to open perimeter shooters.  Two, Pekovic is a load in the paint and should attract defenders down low, welcoming jump shots for his teammates.  And three, the Wolves are not a team with jaw-dropping athleticism that will consistently win games by slashing to the bucket.  In order to be an efficient offense, they’ll need to be somewhat prolific from downtown.  In Part I of a series on the Wolves Offense, I investigate the three-pointing shooting issue to see if things might look better in 2012-13.

END_OF_DOCUMENT_TOKEN_TO_BE_REPLACED 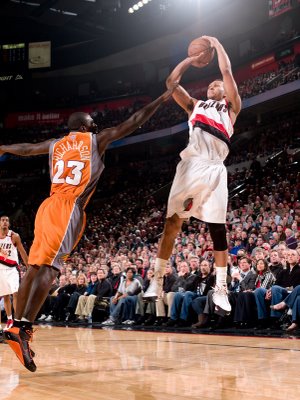 Brandon Roy gave an interview on NBATV where he discussed his new team and return from retirement.  You could write most of the transcript without watching the video (“I feel great, the situation seemed right, yada yada…) but Roy said one thing that stuck out as a candid bit of truth.  When discussing his current level of athleticism, Roy stated:

You know honestly, right now and all summer long, I’ve been preparing to not have to take a step back with my game.  I’ll be honest; some of the lift isn’t quite what it used to be, but I think my explosiveness to get to the basket has been just as good.  You know, more than anything I think I’m a lot smarter of a basketball player.  I understand that the NBA season is long and my body isn’t what it used to be.  But right now I feel great.  Me and Coach Adelman are gonna sit down before the season and communicate throughout the year about how I’m feeling and what’s the best way to get the most out of me. END_OF_DOCUMENT_TOKEN_TO_BE_REPLACED 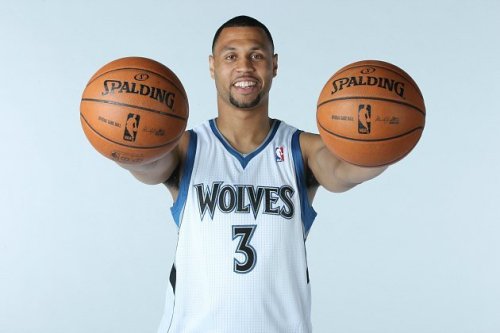 Can Brandon Roy take over as the Wolves’ closer?

With training camp just around the corner, there are a bunch of top-level questions that remain unanswered as October 2nd approaches. There’s been a ton turnover on the roster, and many players’ roles are anything but clear. Long story short, the team’s success this season will likely hinge on the answers.

END_OF_DOCUMENT_TOKEN_TO_BE_REPLACED

photo by David Sherman/NBAE (via espn.com)

It strikes me that even if Hassan Whiteside becomes a Timberwolf in the coming days, the playing roster is probably complete.  It also strikes me that there is far from a clear-cut starting lineup, or even playing rotation.  Rick Adelman does not strike me as a coach who worries about going deep into his bench to appease reserve players.  At least not in big games when he’s coaching his best teams.  Before speculating about this year’s rotation, let’s look back at last year’s:

INBOX: Is Brandon Roy Back?

Andy G: Brandon Roy is back.  Not only did Kevin Pelton summarize his observations of Roy’s recent showing at the Seattle Pro-Am (hosted by Jamal Crawford, apparently), but there’s video too!  Pelton had this to say about it: END_OF_DOCUMENT_TOKEN_TO_BE_REPLACED

Comments Off on INBOX: Is Brandon Roy Back? 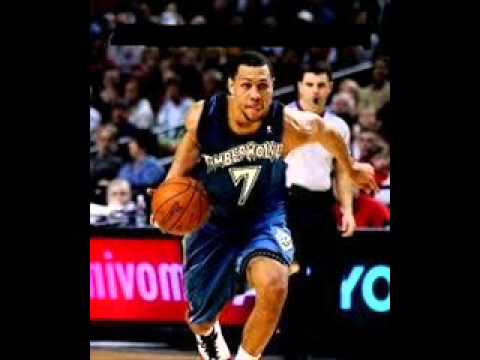 Patrick J: Lots of Wolves activity of late: Beasley’s gone, Roy’s in, and the fun has just begun.Good or no good?

END_OF_DOCUMENT_TOKEN_TO_BE_REPLACED 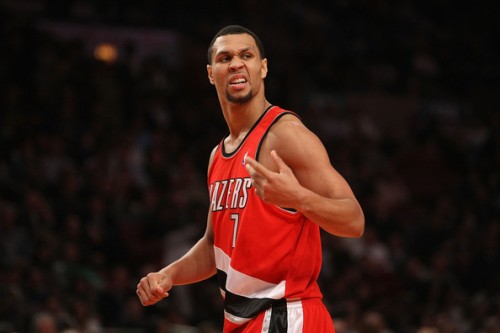 The Timberwolves are reportedly close to signing free agent guard Brandon Roy to a two-year contract. Roy has a special place in the hearts of Wolves fans. Bill Bayno reportedly drove the Wolves’ initial interest in Roy, with David Kahn finally co-signing.

END_OF_DOCUMENT_TOKEN_TO_BE_REPLACED

Comments Off on Timberwolves Reportedly Close to Signing Brandon Roy