“Wolves’ Nikola Pekovic most likely to undergo MRI on Wednesday” 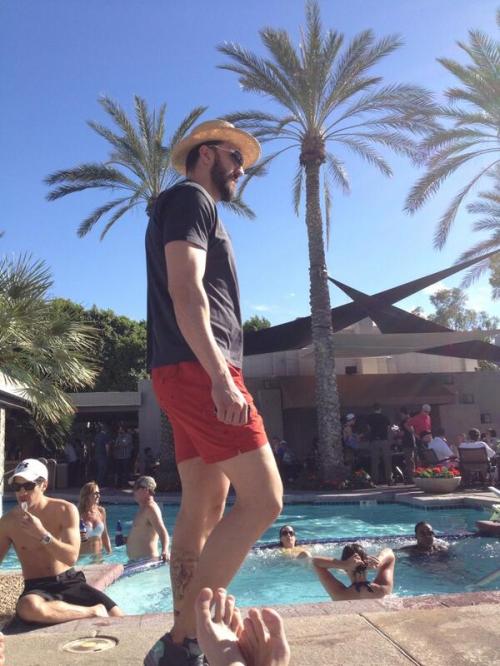 The title of this post is the headline of a CBS Sports fantasy basketball post. Fantasy hoops can be silly, but those guys have an incentive to be realistic about when a player important to their team(s) is likely to actually play and produce.

Timberwolves center Nikola Pekovic will most likely undergo an MRI on his injured ankle on Wednesday, reports the Associated Press.

Pekovic has not played since Nov. 15 while dealing with the ankle injury. In nine games, Pekovic is averaging 11.9 points and 8.1 rebounds.

Assuming the MRI happened (or will happen soon), the story notably fails to mention anything about why it would be that Pekovic’s MRI would only happen now, after the Wolves highest-paid player has been out since 15 November with injuries that are all but clear.

What is clear is this: Indications point to Pekovic not playing again this year. If he’s okay, he should be playing – not being re-evaluated. Given that he’s being re-evaluated, it appears that Pekovic isn’t okay. (Eds. Note: To be fair, the Wolves suggest that the point of the MRI is to clear Pek to come back soon. We’ll see.)

Fans are more enthused about Rubio’s return than Pekovic’s, which is understandable. But Pekovic’s return is an important part of determining whether the Wolves current core has a future if/when combined with its core of veterans–Pekovic, Rubio, and Kevin Martin.

It is a bummer that Pek hasn’t been healthy this season. But it is an even bigger bummer that neither his injuries nor a credible timeline for his return have never been presented to Wolves fans.