The Timberwolves Season, Backward and Forward: The Intermediate View 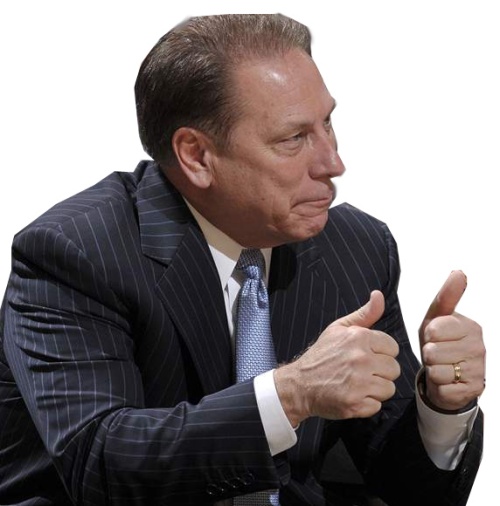 Hey Coach, how do you feel about the Timberwolves job?

[This is part 2 of a multipart season-review series. This post looks back in time at the season that was and a bit of what is to come. A subsequent post will use what we learned this season to take an even-more (!) prospective look ahead at what the Timberwolves should look like in 2014-15 and beyond.]

1. Coaching Search: Who will it be: Flip or The Field?

Patrick J: Survey says….the field? The question mark remains there because Flip remains insistent on including the “never say never” clause in his remarks.

I’ll go on record: I, like many Wolves fans, would prefer not to mix business with pleasure, POBO duties with coaching, or whatever other mixed metaphors might be relevant here.

Look, I admire what Flip did in shaping the early aughts Wolves into the Western Conference title contenders that they were. He was and likely still is a solid NBA coach. Maybe not a great one, but not a bad one, and the Wolves could certainly do worse. They have in the past. (Exhibit A: Rambis, Kurt.)

More than that, I’m uneasy with the notion of the guy who was hired out of thin air to replace David Kahn taking the reins over all of the Wolves franchise that matters, for many intents and purposes within a year of his hiring. Whether or not true, it would feel too premeditated. And that means Flip would immediately be the target of criticism, whether fair or unfair, and fans would be more prone to ask “what if” questions about the Wolves coaching seat than they would if Flip had stayed in his lane and led the franchise from his POBO seat.

Even more than that, there’s a great pool of available coaches whom Flip could hire for the job. We’ll touch on this below, so I won’t say much about them here, but Flip and the Wolves would look better if they hire one of the numerous attractive outside candidates. Presumably they also know this, which (presumably?) contributed Flip’s declaration today on ESPN that he’s an unlikely candidate for the job.

Awarding the job to an outside candidate with the bona fides worthy of this job is a winning move for everyone, fans included. So let’s hope “The Field” triumphs in this one.

Andy G: Agree on what’s preferable, so I’ll answer on what I believe is more likely. I’d bet on Flip over the field. By just a nudge.

Flip/Wolves Brass float all sorts of rumors of high profile, totally unrealistic candidates that are in consideration for the job. (See Izzo, Tom; Donovan, Billy.) Once those inevitably don’t happen, the Wolves are left standing on their heels on the eve of Kevin Love’s final season under Kahntract.

What option will they have but to choose continuity and familiarity, perhaps with an unwritten promise to Kevlar that he will have final say in, you know, the *real* coach.

That’s my most likely scenario. Flip over the field. Then if Love decides to leave, Flip can just keep the job, long term.

2. Coaching Search: Who would you like it to be?

Patrick J: We talked about this by email a bit yesterday. I ranked my favorites like this:

I’d amend that slightly, in hindsight. *In a perfect world*, I’d rank Bayno third after Hollins and Van Gundy. We’re unabashed Bayno fans – hell, it was on our blog banner for over a year (Eds. Note: Now, the blog banner reads “Rider-Marbury 2016”.  Patrick J and Andy G can’t help it – they’re also unapologetic hero-ball fans, mostly for the aesthetics and liberating feel of it all.)

The thing about Bayno is this: He doesn’t have any NBA head coaching experience. I’m not worried about his health or past substance abuse problems. None of that has been an issue for the past several years, and I believe he deserves a fresh start and that a team will give him a shot at its coaching position in not too many years. But I don’t think it’ll be this team. For the Wolves, Bayno is too Adelman, too much of what the team is moving away from, and too “inexperienced” compared to peers like Hollins and Van Gundy for Saunders & co. to justify such a hire. I think that our best-case scenario is to hire a proven NBA winner like Hollins or Stan Van Gundy. I’m wary of hiring a college coach, given the “must-win-or-Love-will-leave” feeling around the team, and because of college coaches’ mediocre record in the NBA.

That said, I will not argue with anyone who says that hiring Billy Donovan would be an interesting experiment. Eds. Note: Who told Marc Stein that Donovan is a legitimate Wolves target? Does anyone know? This remains utterly unclear.)

Andy G: Like you mentioned, there are a lot of qualified candidates. Hollins. George Karl. Either Van Gundy. A high-profile college guy like Izzo or Donovan would be interesting with a wide range of possible outcomes.

I’d prefer Bill Bayno because he has the profile of a maniacal worker who understands strategy and relates to players.

Short of that, one of the proven commodities like Hollins or Karl would be nice. The Wolves have a veteran roster befitting a veteran coach.

3. Kevin Love: What comes next?

Andy G: He will be a Timberwolf for at least one more full season. The last opportunity to trade him for value was last February. And they passed.

They passed and made Love the face of the franchise in matters as significant as the Mayo Clinic business partnership and practice-facility negotiations. Love seemed honored and all around pretty jazzed about that designation. He mentioned how free agents will want to come to Minnesota, with its jacked-up facilities. That implies a desire to, you know, stay here.

I’d parcel out the Kevin Love Free Agency Factors pie in the following percentages of importance:

I guess if I had to choose a “does he stay or go” right now, I’d say Love leaves in 2015. The West is loaded, making the playoffs will — once again — be very difficult, and he will naturally want a change of scenery after playing half of his career without a playoff game. Of course I hope to be wrong.

Patrick J: I honestly don’t have anything new to contribute. My gut feeling is that he goes, but I don’t know.

4. Roster: Where is improvement needed?

If Gorgui is the real deal, the interior defense should improve. But they definitely need a new backup point guard on the roster. No question about that. Barea was a disaster this year and it cost the team wins.

Can Shabazz be that guy?

The fourth quarter offense got really bogged down, this year. This also cost them games. Ricky is less effective in a slower game. Love keeps improving and evolving, but he’s still not a traditional “go-to guy” in the Carmelo Anthony/Kobe Bryant sense, even if the offense is built that way more often than you would expect.

I think having better shooters will help spread the floor for Rubio to create more action down the stretch of games. Shooting woes were related to fourth-quarter woes. Solve one and you solve the other.

5. Team chemistry: Where is it lacking and how can it be addressed?

It’s an unquantifiable m3tric, I get that. But I believe that (1) it’s important, and (2) anyone who’s ever been a part of anything great knows that that it’s important. Leadership does not make up for a lack of skill or talent. You need all of those things. But the Wolves had skill, talent, and still underperformed in 2013-14, both according to the stats and the eye test. So I’m going to go out on a limb and suggest that it was lacking last season.

If you accept those premises, the questions are, (1) Why was it lacking?, and (2) How could it be improved or restored?

There are two answers, to my mind.

The first lies with the players. Kevin Love never took a clear leadership role that was visible to everyone. He had great NUMB#RS, sure, and he took most of the big shots. But what was he doing on a day-in, day-out basis, to make the *team* better. As much as his individual defense, or whatever other individual characteristic you might want to see him improve during the offseason, I think that his ability to lead a team will be key, not just to his and the Wolves growth next season, but ultimately, to his marketability as an NBA superstar. NBA superstars are winners. We can reinvent reasons why the deck has been stacked against K-Love during his career, but I’ve never gotten any indication that leadership was at the top of his stack of to-dos in comparison with improving his measurable attributes. It’s starting to show. We all recognize that Love is an elite player statistically–that much is no longer in question. The question is, Can Love lead, or help lead, a great team? Again, to assign (perhaps too much) responsibility to those who are real participants in the process, seeing Love show that he can guide a team, overall, from bad to good would be more valuable to me at this point than to see that he’s capable of becoming a marginally better on-ball defender.

The second lies with the coaching staff. In my opinion–and I said this in the first installation of our season recap–the Wolves never had a steady rudder this season. Rick Adelman, bless his heart, never really *checked in* this season. From the top down, there was a sense of complacency with marginal improvement. Rick wasn’t happy with bad results, but he wrote them off to “players not being ready” and “not coming out to play.” A leader goes beyond that, doesn’t accept those outcomes, and actively works not to honestly cite when that happens (though this important), but to mitigate against them. This, more than anything, is I think what we need in our new coach–moreso than X’s and O’s.

We’ll be back with Part III of this series, which should wrap things up with regard to the draft and other loose ends.

14 responses to “The Timberwolves Season, Backward and Forward: The Intermediate View”