The Raptors’ Home Dominance Against the Timberwolves: A Trend That Needs to End 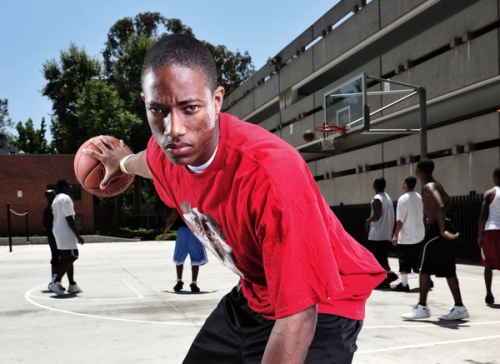 The Wolves have lost six straight games to Toronto and its star forward, DeMar DeRozan.

The Timberwolves (18-20) are in Toronto to play the Raptors (19-18) tonight at 6 P.M. CST. The game can be seen on FSN or NBA League Pass or heard on WCCO 830 AM.  The Air Canada Centre (ANGLO SPELLING ALERT!) has been a house of doom for the Wolves: Minnesota has lost its last nine games in Toronto.

Being unable to beat Toronto on its home floor is a trend that needs to end. Coming off of a bad loss against Sacramento on Wednesday at home, the Wolves need a win in a bad way. Defeating the Raptors on their home floor would help Minnesota claw back toward .500 and could help the Wolves exorcise their Air Canada Centre demons.

But getting that win will not be easy. Toronto has a better record than the Wolves do. (Eds. Note:Caveat emptor: They play in the Eastern Conference.)  They’re tough at home, having won a season-high five straight home games (Dec. 28 – Jan. 13), something they haven’t done since 2010. All around the League, the question is, “Are the Raptors for real?”

In short, there’s a lot to like about what’s happening in Toronto.

The Raptors have hit their stride since trading Rudy Gay, who tortured the Timberwolves en route to 33 points in Wednesday’s loss to Sacramento. Toronto was 7-12 before the trade. Since the trade, the Raps have gone 12-5.

Rudy Gay and his offensive inefficiency have been the punchline of so many (advanced!) analytics jokes over the last several years, that the facts only crowd could only smugly sneer and say “I told you so” when the Raptors improved after trading Gay on December 9th. And unsurprisingly, Toronto’s efficiency stats have improved since Gay’s departure. Sean Highkin notes:

With Gay on the roster, the Raptors had the bulk of their possessions used by two players, Gay and DeMar DeRozan. DeRozan has still put up a team-high 28.7% usage rate since the Gay trade, but the rest of the team’s possessions are being distributed more evenly. Center Jonas Valanciunas has taken on a bigger role in Toronto’s offense, and his play contributions to the team during their recent hot streak have been vital.

Highkin notes that Valanciunas has not been the most significant beneficiary of the Gay trade. High-flying guard Terrence Ross has:

The main beneficiary of Gay’s absence on the Raptors has been second-year guard Terrence Ross, who has seen his playing time skyrocket. He was playing 18.9 minutes in the first 19 games of the season, and that number has jumped to 30.2 minutes a game since the Gay trade. His production has spiked as well since being given the opportunity to play, especially from beyond the arc. Before the trade, he was shooting 34.5% on 2.9 three-point attempts a game; since the trade, he’s shot three more times from long range a game (5.9 attempts) and his efficiency has ballooned to 46.1%.

This is a very important trend for the Raptors. Ross has a high ceiling, but he showed few signs that he would reach it last season. Now, with minutes freed up, Ross is again a player to watch–and not only for his *ridiculous* dunks, which are worth marveling at:

There’s much more on the Raptors’ trajectory since the Rudy Gay trade here.

A few other Raptor-related notes in the run-up to game time:

Here’s some DeRozen highlights to pregame to. (Sounds brought to you by NWA. )

4 responses to “The Raptors’ Home Dominance Against the Timberwolves: A Trend That Needs to End”