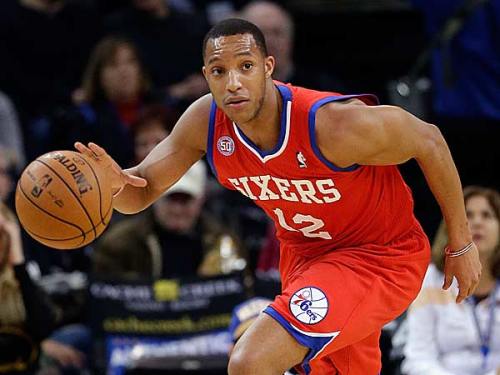 The Wolves play at Philly tonight. I’m sure everyone involved is happy to be outside of Minnesota where the temps are so cold that the Governor canceled school (and apparently Minneapolis has already done the same for tomorrow). The game is at 6:00 CST and can be seen on FSN and heard on 830 WCCO.

Let’s preview this one in INBOX format.

Andy G: Philly stinks. They have a good (and, as important, cool) new coach in Brett Brown. But they’re tanking. No, not tanking in the Mark Madsen three-point barrage sense. (They have won four in a row, and against Western Conference teams (albeit mostly bad ones) after all.) But tanking in the organizational sense. In the recent past they’ve traded away Andre Iguodala for an Andrew Bynum flyer, watched Bynum never play for them and leave in free agency, and then trade Jrue Holiday for Nerlens Noel’s knee and jump-shot reconstruction projects. No matter how well Brown coaches or how hard his players play, the Sixers will be drafting pretty high in the ‘14 lotto.

Evan “The Villain” Turner is cast as their LeBron James. Go ahead and read that sentence again and ask yourself whether I need to say more.

The Wolves are 7-point favorites.

Patrick J: It’s important to note that as much as Philly stinks, and even though it’s tanking, they’re (still) kind of cool. And that isn’t just because of Brett Brown and his accent. (Or The Villain’s weird voice.) I devoted an entire preview to the fact that there’s something to like about the 76ers the last time the Wolves played them. And, well, the point still stands (I think).

So what of tonight’s game? Well, the Wolves are coming off of a soul-crushing defeat to the Oklahoma City Thunder, which you chronicled here. Kevin Durant was unbelievable. Kevin Love was too–in that he put up his usual Superman Stat Line, and in that he missed three–count ‘em, three (!)–clutch free throws down the stretch.

So, the instant analysis has to be that, especially against a weak 76ers front line, K-Love will be out for blood and might end up breaking legendary former Philadelphia center Wilt Chamberlain’s 100-point, 55-rebound, single-game records. I wouldn’t bet against him. (Eds. Note: It’s worth clicking through the NBA regular-season records link above because of the astonishing stats players have put up in, well, just a single game.)

Is there more to look for than this?

Andy G:  Well, a lot is being made of Ricky Rubio’s struggles in the fourth quarters of close games. (Eds note: We hope tonight’s game isn’t close.) Basically, the game slows down, defensive focus sharpens, and Rubio’s reluctance and inability to shoot renders him a liability instead of a positive asset. It’s painful to watch and not only because we all love Ricky.

One little Ricky Rubio HoopIdea: Why not just have somebody else be the designated “closer” to grab the Winning Time Wheel in close games?

I mean, they do it in baseball.

Ricky can still play his 36 or whatever minutes per game, but just compress them into the first 42(ish) minutes of game action. This would require Rick Adelman to use more early-game timeouts, which he doesn’t seem to be a fan of doing.

The idea would then be to bring in a totally rested, offense-centric guard to run the late-game, halfcourt offense. In the final minute, they can do offense/defense subs to make sure the team benefits from Ricky’s stellar D and any transition opportunities.

The problem with that, right now, is that the Wolves have no such closing player. Shved is too weak and Barea is too erratic.

I’m sure they could find a competent offensive point guard via cheap trade or free agency. I (jokingly?) suggested Khalid El-Amin when we texted about this idea yesterday. I can think of worse ideas. (Okay, I actually am joking. El-Amin is awesome and still plays professionally, but he’s 5’9”, 34 years old, and hasn’t played an NBA minute in decades.)

As a general idea, what are your thoughts on making Ricky Rubio the NBA’s one and only “starting pitcher” equivalent, and acquiring a closer? (No need for a middle reliever, methinks.)

Patrick J: That’s a fun #hoopidea to ponder–especially in the Wolves’ case. Ricky has been wretched down the stretch this year, where his strengths are largely muted and his weaknesses are amplified because of the pace of the game. Kemba Walker seems like the guy whom you’d potentially want in this role now–on the rare occasion that there’s a (non-joking) #leaguepassalert put out on Twitter that involves the Bobcats, and on the even rarer occasion that I care to flip over and see what happens, it seems that Kemba excels at the kind of hero ball and dagger-sticking that Rubio is simply unequipped to do. (Eds. Note: It is perhaps these same traits that makes Ricky superior to Kemba in the other 46 minutes of most games.)

Of course, we’re not in the market for Kemba Walker, nor should we be.

A more realistic option for this role, if not for his stanky-leg kahntract–would be Ben Gordon.

Just for shits and giggs, here’s some classic Gordon. (BONUS:  Kevin Harlan is on the mic.)

Gordon can’t do much else, but methinks he’ll still be able to make improbable 4th-quarter daggers when he’s in his mid-70s, even if he’d be pushing a walker around the floor trying to find the daylight to pull the trigger. We forget how unbelievable he was at that back before he left the Bulls and everything went south for him (except his paycheck).

These are guys who might be appropriately called “ACTIVE SHOOTERS” (!) 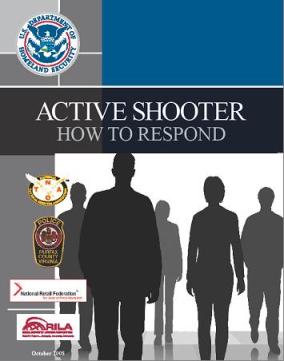 (Eds. Note: Punch-Drunk Wolves does not endorse violence, but we like the metaphor in a basketball sense.)

Who else would be suited to this role?

Andy G: Those guys can stick heroic shots. I’m not even sure the Wolves need that. I think they just need a credible halfcourt offensive player. Andre Miller is on the trading block due to the mutinous words he directed at new Denver coach, Brian Shaw.

But he can still play, as he showed at Target Center a short while back when he ruined the Timberwolves in the fourth quarter of a disappointing loss to their division rivals from Denver. Might his ego accept this “closer” role due to its uniqueness and importance, even if it allows less than 10 minutes per game?

Off the top of my head, that’s the best I can think of. I’m sure there are others out there that would be better than Ricky during late-game situations.

Patrick J: Pek has been playing great lately, and I think he will again tonight. In fact, I expect the entire starting five to come out ready to play after Saturday’s loss, and to start putting away the Sixers early. If the Wolves come out flat, and have to grind it out in the second half, they’ll be in trouble. Let’s hope that doesn’t happen.

2 responses to “INBOX: Timberwolves at 76ers (The Closer/Active Shooter Edition)”