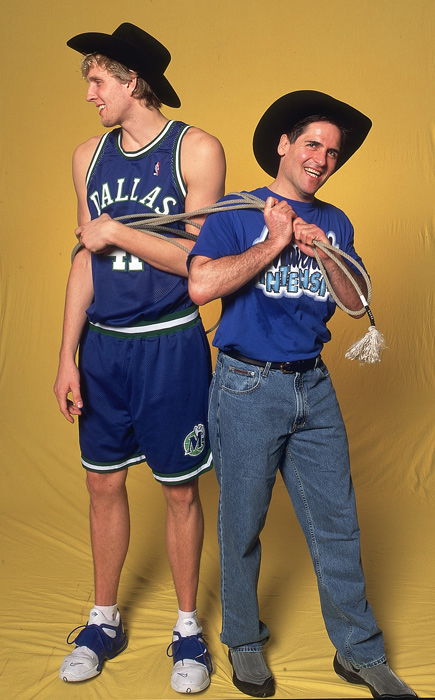 On Wednesday night, he made clear that he wasn’t any more pleased with the effort or execution of his second unit during their short second-quarter stint than he was with the starters, who again logged heavy minutes in the loss. Barring the unlikely scenario that Luc Richard Mbah a Moute managed to possess Kenneth Faried’s body after Wednesday’s game and brings Manimal’s energy,  dogged effort, and physical dominance to the table, help will have to come from within the framework they’re already rolling with. Given the Wolves’ lack of bench talent, there’s really nowhere else to turn right now. (Eds. Note: It wouldn’t kill Adelman to give Gorgui Dieng a few token minutes here and there, even if he doesn’t have the juice to be a decisive factor in righting the Wolves’ ship.)

Kevin Love’s remarks after the Denver loss–“We need to play some fucking defense”–are equally applicable to tonight’s game. Love will have his hands full trying to close out on Nowitzki’s long-range jumpers. Ditto for Kevin Martin and Ricky Rubio, who’ll be tasked with checking  Monta Ellis and Jose Calderon, who can both hurt you from the perimeter. Ellis also ranks as one of the game’s more able bucket-getters whilst slashing in the paint.

At small forward, Shawn Marion still plays with almost the same level of spastic speed and reckless abandon as Corey Brewer, whom he’ll be matched up against tonight. Regardless of how the game goes, at least we’ll be very  likely to see some highly entertaining, turbo-boosted tomahawk slams from each player.

But let’s hope for more than that.

Let’s see if the Wolves show some pride and start to turn things around, hopefully picking up a win in the process to bring themselves back to .500.

And if not, we’ll always have this: