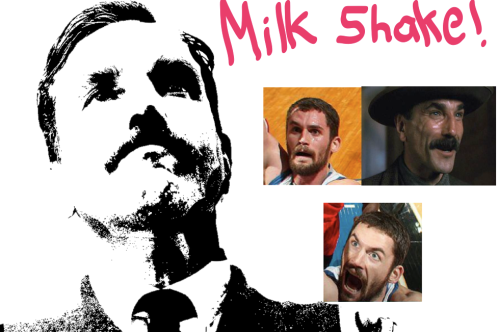 Patrick J: The Wolves were defeated by the Raptors last night 104-97. The Raps are a surprisingly good 3-1 on the preseason.

*Kevin Love: Kevin Love played like Kevin Love. He looks more and more like Daniel Plainview by the year. Which is actually pretty cool, because that’s the kind of ruthless competitiveness the Wolves need in order to become an elite team in the Western Conference. Love played well in the minutes he got last night, shooting 9-19 (Eds. Note: Many of those missed shots were misses of his own putbacks, for which he got credit for offensive rebounds, which eventually led to makes.) K-Love is in great shape, and, barring injury, he should be a shoo-in on the All-Star team this season.

*Ricky Rubio: Ricky shot like Ricky, which is to say, 0-7. But he made an impact whilst on the floor, finding open cutters and shooters unlike any other Wolves player entrusted with the ball whilst Ricky was on the bench. Ricky had 6 assists in 28 minutes, and this was good for a +8. He’s (obviously) a very legit point guard coming into this season, and will only improve when he has real wing options off the pick and roll. (Chase, get well soon! You too, Kevin Mart!)

Andy G:   That Ricky 0-fer was ugly. A lot of those looks were of the wide open variety. (See shot chart below.) As much as we all love Ricky and what he brings as a passer, defender and leader, he needs to make shots when defenses dare him like that. We’ve seen this scenario in Minnesota during the Sebastian Telfair Administration(s). In Boston, it continues with Rajon Rondo. When the point guard can’t make open shots, the team offense suffers.

Ricky’s Shot Chart versus the Raps

Shabazz Muhammad: I wanted to see more of Shabazz (3 points and 5 rebounds in only 9 minutes) and Gorgui (DNP-CD) than Adelman allowed. I suppose his task of preparing the team for the regular season is probably more important than my curiosities as a fan. (Probably.) Adelman seems pretty frustrated with the performance of his veterans and is probably less concerned about getting rookies out on the floor. He was apparently not feeling too chipper after last night’s loss:

Rick Adelman not happy w/another flat effort from Wolves at home. "We're not the Spurs." Can't just flip a switch.

In any event, Coach gave more burn to Ronny Turiaf, who seems penciled in as backup center, and Othyus Jeffers, who is gunning for a roster spot. The second unit got beat up last night by Toronto. I hope they don’t miss Budinger as much as it sometimes seems they might.

Patrick J: So, the Wolves don’t play for eight days. They get a breather. A respite. A what-have-you. They have time to work on things. In the meantime, we wait. [Eds. Note: It isn’t a crime to play Shabazz and Gorgui at the same time as Derrick Williams in the preseason. Just sayin’.] 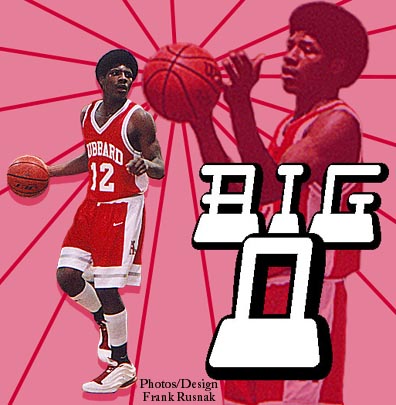 Meanwhile, an interesting character from the preseason, whom we don’t know whether he’ll make the squad, is Scrapper Othyus Jeffers–otherwise known as “Big O” in some circles. Here’s a nice pic of the man himself:

We can’t help but cheer for Big O. He’s got his self some style and some game. Steve McPherson dubbed him on Twitter “Yolomite”:

There's definitely a hint of Dolomite about Othyus Jeffers.

Any objections to me referring to Othyus Jeffers as YOLOMITE?

NSFW, depending on where you W.

NSFW, depending on where you W.