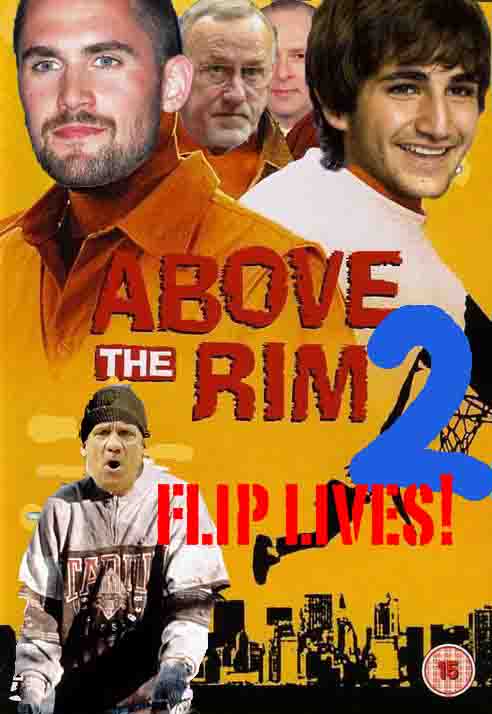 NSFW (depending where you work)

Some context on Andy’s Above the Rim 2 photoshop, i.e., for those who haven’t seen the original movie at least  50 times:

Flip S = Flip (Bernie Mac!), the down on his luck guy who, in Above the Rim 1, gets taken down by city gangland kingpin Birdie (Tupac Shakur, RIP), here represented by Kevin Love, who uses Bugaloo (Marlon Wayons), here represented by David Kahn to get to flashy, talented young point guard Kyle Lee Watson (Duane Martin, played here by Ricky Rubio) but who drops Bugaloo when things don’t go his way. Finally, you’ve got Thomas Shepherd (Leon), represented here by Rick Adelman, who in the movie was Tupac’s older brother and who’s supposed to have played a father figure to him, like Adelman was said to do for Love. Shepherd ends up mentoring Watson and helping him achieve basketball greatness. – Patrick J