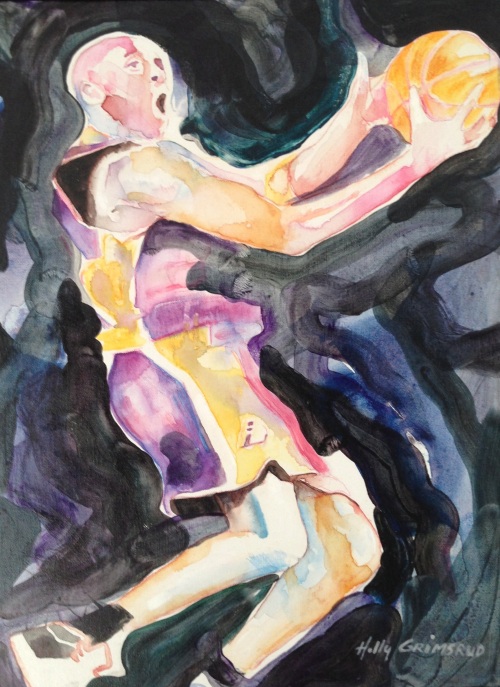 We interrupt our ordinary coverage of late-season Wolves games with the earthshaking news out of Los Angeles:

Kobe Bryant tore his Achilles tendon and may never play another NBA game.

Kobe drove left on Harrison Barnes and went down in a heap.  On replay the foot plant looked innocuous.  Social media commenced a hunt for blame.  Mike D’Antoni and the NBA schedule were the chief suspects.  Kobe had some liability of his own.

But right now — less than 24 hours later — the cause matters less than the effect.  Kobe won’t play in the NBA next season.  He might never play again.  If he does, it might not be in purple and gold.  The odds that he’ll be the prolific scorer and playmaker we’ve long admired are slim to none.  He’ll be 36 years old and rehabbing the most devastating of basketball injuries.  Chances are good that Kobe will face the two unsavory options of reduced role or retirement.

In Minnesota context this feels more like Kirby Puckett’s glaucoma than Ricky Rubio’s knee.  Old players don’t just bounce back from an Achilles tendon tear.  Probably not even Kobe Bryant.  It’s premature to write his Basketball Obituary and there remains a great deal of uncertainty.  As far as I know, the MRI results have not yet been announced.  But he and the team doctors seemed certain of the diagnosis.  Kobe took to Facebook journaling in the wee hours of last night.  The floor is his:

This is such BS! All the training and sacrifice just flew out the window with one step that I’ve done millions of times! The frustration is unbearable. The anger is rage. Why the hell did this happen ?!? Makes no damn sense. Now I’m supposed to come back from this and be the same player Or better at 35?!? How in the world am I supposed to do that??
I have NO CLUE. Do I have the consistent will to overcome this thing? Maybe I should break out the rocking chair and reminisce on the career that
was. Maybe this is how my book
ends. Maybe Father Time has defeated me…Then again maybe not! It’s 3:30am, my foot feels like dead weight, my head is spinning from the pain meds and I’m wide awake. Forgive my Venting but what’s the purpose of social media if I won’t bring it to you Real No Image?? Feels good to vent, let it out. To feel as if THIS is the WORST thing EVER! Because After ALL the venting, a real perspective sets in. There are far greater issues/challenges in the world then a torn achilles. Stop feeling sorry for yourself, find the silver lining and get to work with the same belief, same drive and same conviction as ever.
One day, the beginning of a new career journey will commence. Today is NOT that day.
“If you see me in a fight with a bear, prey for the bear”. Ive always loved that quote. Thats “mamba mentality” we don’t quit, we don’t cower, we don’t run. We endure and conquer.
I know it’s a long post but I’m Facebook Venting LOL. Maybe now I can actually get some sleep and be excited for surgery tomorrow. First step of a new challenge.
Guess I will be Coach Vino the rest of this season. I have faith in my teammates. They will come thru.
Thank you for all your prayers and support. Much Love Always.
Mamba Out

6 responses to “Down Goes Kobe”