INBOX: Looking at the Wolves’ Season, and the Mystery of Alexey Shved 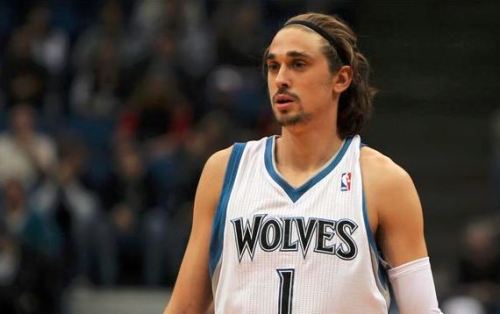 Andy G:  First things first: The Wolves won by 31 points last night.  On the road.  On the tail end of a back-to-back.  That never happens.  I guess I should mention that it came against the Phoenix Suns and — unlike the last time the Wolves played (and lost) in Phoenix — it wasn’t a WESLEY JOHNSON REVENGE GAME.  (Wes shot 2 for 12 from the floor.)  I’d ask for your thoughts on the game, but I doubt yours are any different than mine, which could be summed up as: Nice to get a win, nice to see Chase Budinger contributing right away, but Phoenix is horrible and we’re in the thick of Tanking Season.  If any of that is incorrect, let me know.

Patrick J: Ditto. We like those wins, and as much as that, we like how the team performs so far with Chase on the floor. Granted, they aren’t playing worldbeaters – SAC and PHO are peer teams at best – but still, you see the potential there. It’s almost enough to make me wish I knew how it looked at full strength, with Kevin Love on the floor. But not quite. We’re in the dog days of the season, writing posts that feature Youtube vids of our favorite college prospects whom we’re watching in the NCAA tourney, and are far, far, far from playoff contention. Do you agree that you’d rather K-Love stay away the rest of the season so as not to risk reinjuring his hand, or (let’s just assume this for a fun hypothetical), do you want to see him return so we can see whether a healthy Wolves squad with a few rusty pieces can compete with the Murderer’s Row schedule they have coming up?

Andy G: I’d enjoy watching Love return for these tough games ahead, but it isn’t worth it.  I’d rather they just let Williams get his reps while Budinger’s return hopefully spreads the floor a little bit more for Ricky and Shved.  And speaking of Ricky and Shved, they should use the remainder of the season to see if they can work as a pair with more practice.  As in, try to get Shved in places where he can succeed that don’t include dribbling around at the top of the key.

Hey, speaking of Alexey, remember all that talk of his language barrier causing Adelman to only trust him at the off guard?  I wonder how much — if at all — that affects the lineup decisions at this later point in the season.  Coach Bayno told Britt Robson something that matches my own observations of Shved: That it affects him mentally when he isn’t able to handle the ball.  But when he’s on the floor without Rubio, he always hands it off to Luke or JJ to bring it up the floor.  What gives?  He isn’t going to be the Russian Penny if he can’t be a true point guard.  Clearly an off-season priority for Shved is to improve his catch-and-shoot game.  But shouldn’t we also expect him to be the unquestionable lead guard of the second unit?

Patrick J: Yes. This is one of the underappreciated, or understated, aspects of all things Alexey this season. Since I first saw him in the 2012 Summer Olympics, I was transfixed – okay, that’s too strong a word – I was *very* intrigued by the 6’6’’ guy running the point for David Blatt’s Team Russia, which I considered the most entertaining team in the Games, largely because of Shved’s showmanship and surgical dissection of opposing teams in the pick-n-roll. I noted at the time, in my very first or second post on Shved, that he looked to me like a point guard who could also play shooting guard – not the opposite. I believe that now more than ever. But on a team with Ricky, Ricky is the point guard. I don’t know if Alexey’s deference to JJ on the second unit is an Adelman directive, possibly because of Alexey’s ongoing struggle with English proficiency, or if J.J.’s extremely dominant personality has intimidated Shved into handing him the lead. But the effects have been seen and noted by many: Shved’s played mostly off the ball, and he’s struggled to shoot at the level you’d like from your SG. Well, maybe it’s because he isn’t a SG – he’s a PG. None of that excuses poor shooting – and Shved isn’t the only one culpable for the Wolves’ shooting woes this season – but I truly believe we need to make him the primary ballhandler when he’s on the floor sans Rubio.

Hopefully Britt Robson, or someone who’s closer to coaching staff sources than us, will eventually shed light on how Shved has come to be in this role, given that he plays a lot with J.J., and J.J. is more of a natural SG (despite his height) and Shved a natural point.

3 responses to “INBOX: Looking at the Wolves’ Season, and the Mystery of Alexey Shved”