What to Look for Tonight against Philly 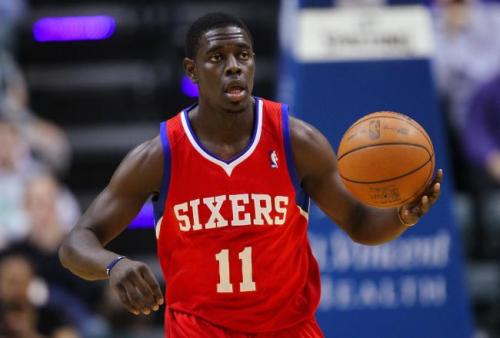 The Wolves are 7-8, and are coming off of a nice win over Milwaukee. Ricky Rubio is practicing again. But don’t expect him to pull a K-Love and magically appear in tonight’s game.

Jrue Holiday is likely to be an x-factor. Holiday is one of the better young point guards in the League. He has averaged 21.8 points on 53.0 percent shooting and 10.5 assists in the Sixers’ last four games, and he put up 20 in a 92-91 loss at Minnesota last season. Can Ridnour guard Holiday? Or will the Wolves need a bigger defender – possibly Alexey Shved – to blanket the Sixers’ best player?

The Wolves are 2-4 since Kevin Love came back. Love needs to keep shooting threes. He hasn’t been a revelation since his comeback, and he’s reportedly not been feeling well, but the Wolves will need him tonight.

Young runs the floor like a deer, and is underrated as a difference-maker when the tempo veers to a certain level. Look for whether the Wolves manage to deal with Young out on the break, or if he gets easy baskets that could make the difference.

Not particularly relevant to tonight’s game, but elephant in the room: both the Wolves and the Sixers are missing a key ingredient; Rubio for the Wolves, Bynum for the Sixers.

The Wolves miss Rubio like whoa. But on the Sixers side, there’s speculation that they may be better off without Bynum. What do you think?

UPDATE (5:17 PM CST): There was an EGREGIOUS OMISSION from this post: Spencer. Hawes‘. Mullet.

One response to “What to Look for Tonight against Philly”