What is Anthony Randolph’s Upside? 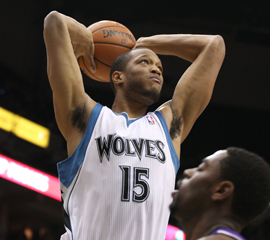 Derrick Williams sucked Thursday night against the Clippers after looking great against Denver the night before. Williams only managed to muster 4 points against the Clips after thrashing the Nuggets’ front line.

Meanwhile, you have Anthony Randolph. Randolph almost never plays. But he played exceedingly well against Denver (28 pts in 31 mins, 11-16 from the floor) after Kevin Love got concussed, and he followed it up with a nice 16 and 9 night against the Clips.

Randolph’s solid play of late is not a revelation.

But I ask an honest question: how confident are we that his upside is higher than Randolph’s over the next 5-10 years? 60%? 65%? Higher? What does that mean for the way ahead?

10 responses to “What is Anthony Randolph’s Upside?”