Fix the Lottery…by Ditching the Draft 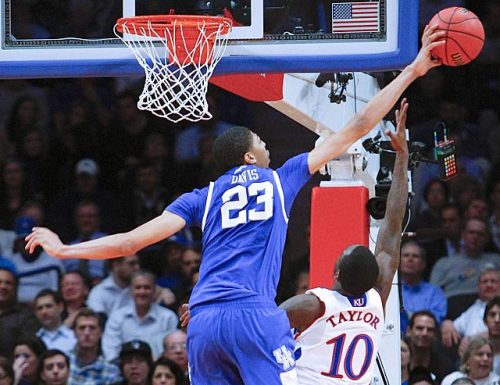 For the first time in several years, Timberwolves fans are not watching games with an unblinking eye on the NBA Draft. The team is in the hunt for a playoff spot, and even if they fail, the lottery pick is owned by the Hornets (REVERSE MORAL HAZARD!).

We used to spend equal time on the ESPN Lottery Machine as we did reading box scores and watching games. And you couldn’t blame us. Striking gold in the lottery is the fastest way – and sometimes the only way – to add top-shelf talent. And you need elite talent to win in the NBA. And so we obsessed over the Lottery Machine. It wasn’t exactly harmless, but you could take a type of sick pleasure from dreams of the future that weren’t available in the realities of the present.

Teams unload veteran talent via personnel transactions or simply shut down their best players down the stretch with phantom “injuries.” We in Minnesota haven’t been immune. Remember when Marc Madsen was sent out to bomb three-pointers in the season’s last game? A win would have jeopardized a bottom-ten finish, and the Wolves would have forfeited the lottery pick that it will send to New Orleans this coming summer. If I were David Stern, I wouldn’t have let Minnesota win the lottery either. So we must ask ourselves: Was Corey Brewer really worth it?

There is a growing sentiment that the lottery system is broken.  END_OF_DOCUMENT_TOKEN_TO_BE_REPLACED