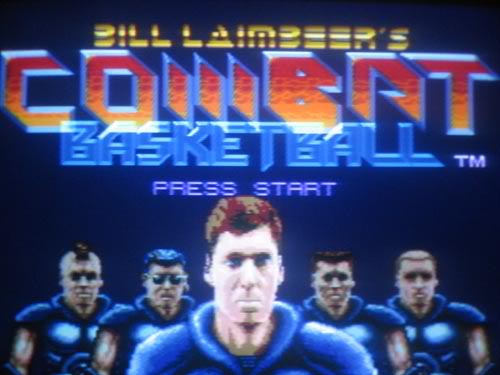 Andy G: I don’t remember the 80s Pistons very well. I know they won back-to-back titles, I know the names of their core players, and I know they earned the “Bad Boys” nickname for physical play that often crossed the line into dirty and dangerous tactics. Especially against Michael Jordan. Bill Laimbeer in particular was known for being a controversial “enforcer” type. There was an NES game named, “Bill Laimbeer’s Combat Basketball,” set in the future with Laimbeer commissioning a basketball league without rules and — importantly — WITH weapons. Larry Bird told Bill Simmons that he carries a grudge to this day against Laimbeer for the cheap shots he took against his great Celtics teams.

So I had a basic understanding of what the Pistons — and Laimbeer specifically — represented in the 80s NBA. But until reading David Halberstam’s “Playing for Keeps,” I didn’t realize the full extent of just how unlikeable “Billy Lamb” really was, as an NBA player.

What [Jack] McCloskey and [Chuck] Daly soon noticed about [Bill Laimbeer] was that he seemed to have little love for the game of basketball itself; indeed, Daly was never sure he even liked the game. He was a terrible practice player, and before games, when he was being taped, he often complained to…the trainer about the degree of mental fatigue he was suffering from, as if he could not play one more game. He was the first person to leave the gym every day after almost every workout, almost never sticking around as most players did to work a little extra on their shooting.

Laimbeer was not an easy person to deal with. He was a verbal bully off the court and something of a physical bully on it. He was deliberately rude to reporters in the Pistons’ locker room, and when, before a game, the time alloted to journalists there was coming to an end, he did his own countdown…He was a dirty player, and he knew it; it was the only way, given his physical limitations, he could stay in the league. Sometimes he boasted of what he had done after a game–the cheap shots he had gotten away with and how it had caused a more gifted player, say, [Robert] Parish or [Kareem] Abdul-Jabbar, to lose his cool. “It’s a mental game, not a physical one,” he would say. He was despised in most other arenas by opposing fans, and many opposing players actively disliked him, believing he was quite willing to inflict career-ending injuries on them if it suited his purpose and that he would do it casually, out of what seemed like innate malice.

Nor did he make it easy on his own coaches and teammates. He often seemed unusually spoiled. He was willfully rude to the coaches, even to Daly, who was giving him his big chance, and in the constant byplay between coach and players he not only failed to be supportive of Daly but often seemed openly dissident…As for his teammates, he was often blunt and rude with them in the locker room, flaunting his conservative politics. If someone mentioned his lack of grace with them, he would say, “I don’t plan on having any of these guys as my friends when I’m finished here.”

Laimbeer and [Isiah] Thomas roomed together during their first camp, and Thomas thought that Laimbeer could not have been more different from him: tall, white, upper middle class. His father was the head of a company, and therefore Laimbeer was said to be the rare NBA player who for a time did not make as much money as his father. He was a Republican and an atheist, whereas Thomas was ghetto-reared, black, a Democrat, and seriously religious.

My question to you then is:

Bill Laimbeer: Most uncool player ever?

END_OF_DOCUMENT_TOKEN_TO_BE_REPLACED

Clyde Frazier: What a cool basketball player looks like.

The great Chuck Klosterman once wrote about Billy Joel that there was absolutely no relationship between his greatness as a musician and his [lack of] coolness as a person.  Klosterman distinguished Joel from, well, every single other rock artist in this regard.  He explained:

What [rock stars] are is more important than what they do.  And this is not a criticism of coolness; by and large, the musical component of rock isn’t nearly as important as the iconography and the posturing and the idea of what we’re supposed to be experiencing.  If given the choice between hearing a great band and seeing a cool band, I’ll take the latter every single time; this is why the Eagles suck.

END_OF_DOCUMENT_TOKEN_TO_BE_REPLACED

So, the graph is a bit misleading–this post isn’t about power functions or estimated effect sizes.  Just some lighthearted fun below the fold after last night’s depressing effort.

END_OF_DOCUMENT_TOKEN_TO_BE_REPLACED

Comments Off on SAMPLE SIZE!